1. OPENING RECORDING: The Blue Bombers had nearly 100 players on the field Thursday afternoon as the club returned to work after the CFL and CFL Players’ Association agreed on a new seven-year collective bargaining agreement.
And while the rain and cooler temperatures could have been a mood killer, there was a palpable energy on the field. 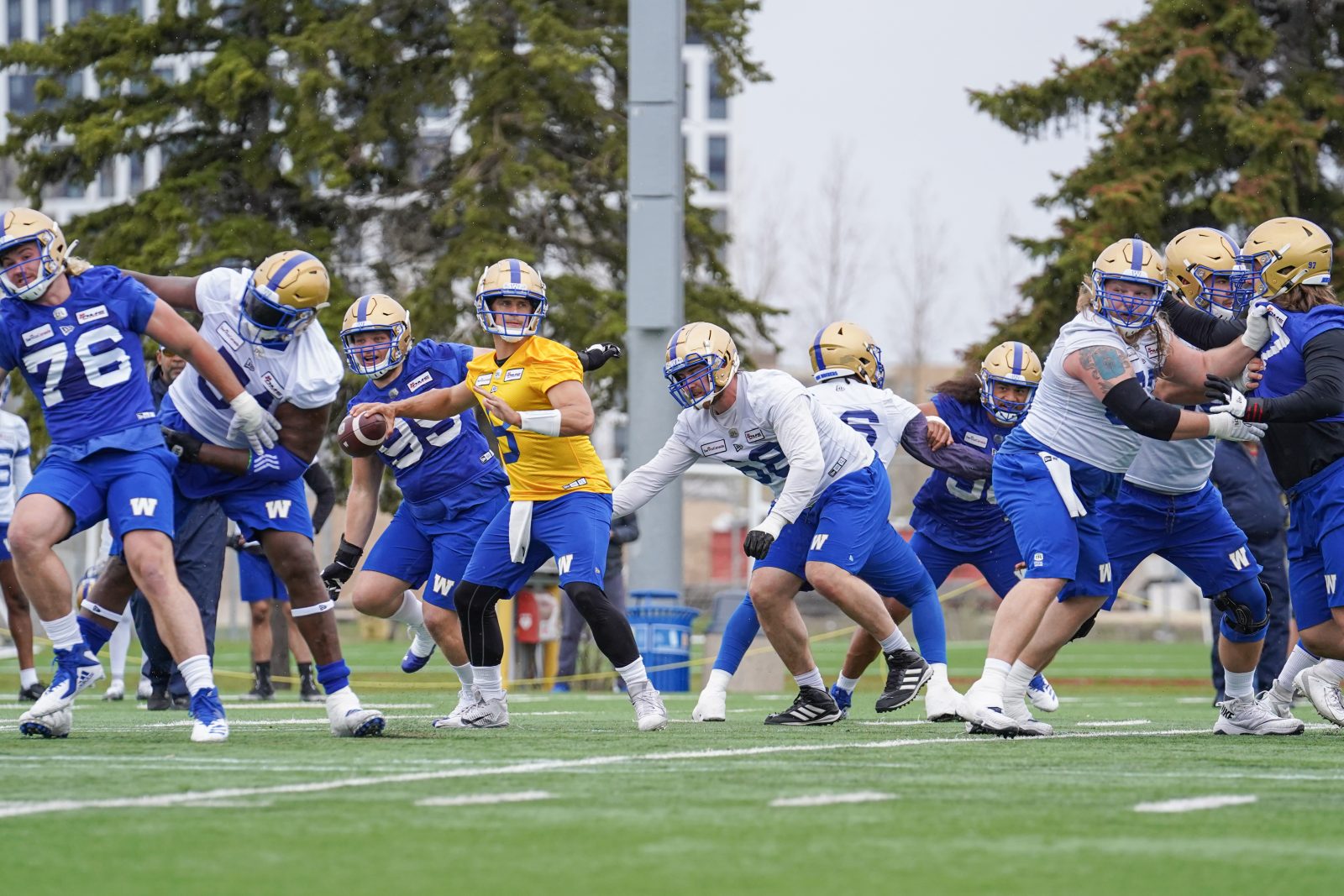 “It feels really good to be walking around out here again,” said quarterback Zach Collaros. “It feels like we’re right here. Another exercise…lots of new faces out there. It was exciting for these guys and of course for us to be back out here. It just feels good to be out there throwing football around and competing against each other.”
CFL players are expected to ratify the new CBA overnight and the club will resume training early Friday morning.
“Any time you don’t have the situation under control, there’s a certain frustration that sets in,” said Collaros, who had to wait as the first strike in the CFL since 1974 unfolded in recent days. “But there’s a reason we chose the people we chose to guide us in the negotiations and they did a great job and worked tirelessly on it. Between what they have done from a negotiation perspective and keeping us all as informed as possible considering all the circumstances, hats off to these guys.”

2. SCHEDULE POSTPONEMENT: One of the consequences of the delay in returning to training camp is affecting the Blue Bombers and their preseason schedule. The club was originally scheduled to play the Saskatchewan Roughriders this Monday in Regina. This game has now been postponed to May 31st. The Blue Bombers will now open their preseason at home with the previously scheduled matchup against the Edmonton Elks on May 27th at IG Field.

The preparatory game between @sskrooughriders and the visit @Wpg_BlueBombers scheduled for Monday, May 23, to a new date and time:

It has been suggested that losing a few days at the camp will hit the new players the most as it reduces their chances of reaching the club. Blue Bombers head coach Mike O’Shea refuted that after Thursday’s practice session.
“It’s important to make sure they get the second exhibition game added,” he said. “Even though there weren’t any preseason games like last year when there weren’t any, we were still able to rate and find some good players, particularly on the weak side (the secondary side where DeAundre Alford and Deatrick Nichols all ended up becoming CFL-stars ).
“If they practice and play well and participate in the meetings, we will find them.”

3. CATCH-UP GAME: Labor laws in Alberta meant that the Calgary Stampeders and the Elks were able to continue to practice while negotiations for the new CBA were underway. This, of course, led to discussions about possible benefits.
“No, we’re not worried about that,” said linebacker Adam Bighill, one of the CFLPA’s chief negotiators. “We have a great group and work efficiently. We’ll make up for whatever people say we lost, but I’m not too worried about that at all.”

4. FYI: Not training while recovering from offseason surgeries were safeties Brandon Alexander and Noah Hallett and offensive tackle Drew Richmond. Present but not participating was OL Pat Neufeld… Fr. Tom Hackett was not present; Hackett had returned to Utah during the strike … Janarion Grant got a lot of work with the No. 1 reception group, along with CFL veteran Greg Ellingson and returnees Rasheed Bailey, Drew Wolitarsky and Nic Demski … First impressions of Jalen Saunders when he returned to the Field back, all positive… One more on receivers: BJ Muckelvene, a product of Wingate, carried a solid rookie camp in Day 1 of main camp… Among the DBs spotted at Interceptions today: Tyqwan Glass, the former Der Montreal-Edmonton vet and Zach Hannibal… For those interested in the little stuff – both Ellingson and QB Dakota Prukop worked as holders for place kickers Ali Mourtada and Marc Liegghio… In the first replay of 12-on-12 in practice on Thursday Collaros met Nic Demski for a 108-yard touchdown. 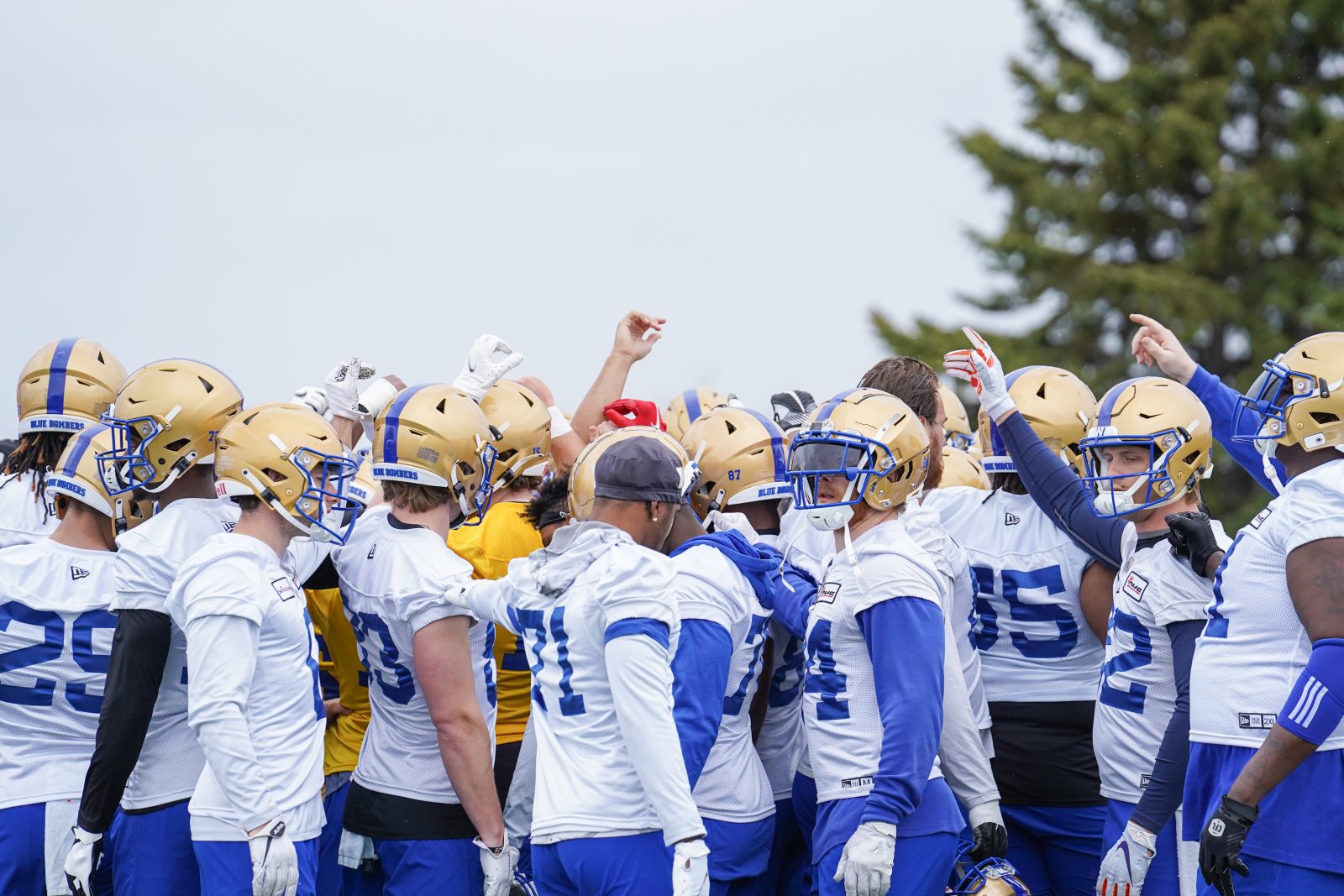