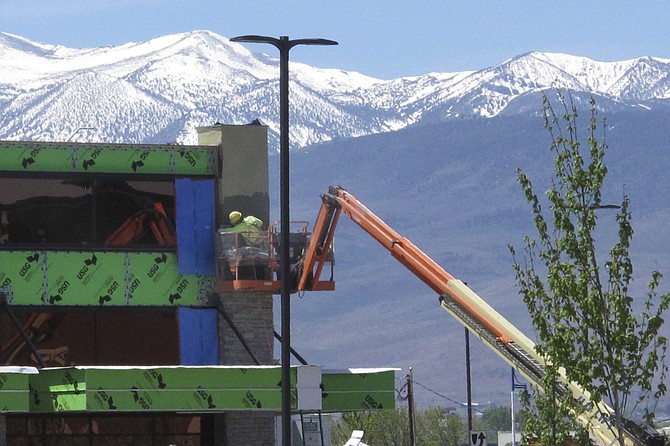 A construction worker works on the exterior of Legends Bay Casino in Sparks on May 13, 2022.
Scott Sonner/AP