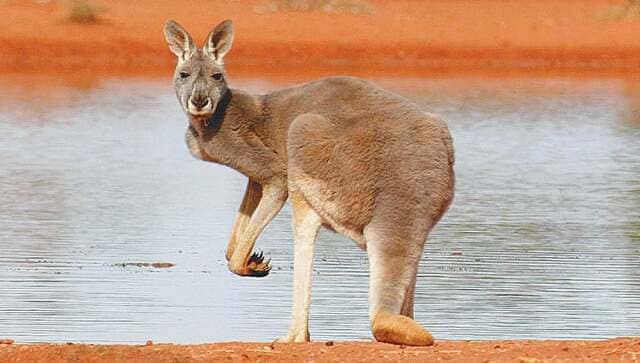 A large group of kangaroos rushed in during a soccer game in Canberra, Australia recently. The game took place on May 15 at the Greenway Enclosed Oval between local teams Tggeranong United and Wagga City Wanderers. During the Capital Premier League clash, the pitch was suddenly invaded by kangaroos, causing play to be suspended for a while.

Amid all the chaos, the compound’s security guards were unable to drive the kangaroos away, resulting in the soccer player pausing his game until the animals disappeared. The video was shared by the news organization Now this who went on to say that after a brief hiatus, the game resumed without any problems.

During a soccer game in Canberra, Australia, a herd of kangaroos came onto the pitch. After a short break, the game quickly resumed without any problems. pic.twitter.com/pJdEV1grJG

Since it was shared on social media, the video has garnered more than 24,000 views. Many social media users commented that this was not a new sight for Australians. Others shared their own personal stories of seeing animals come to a sporting event.

There have been many instances of kangaroos breaking a match. In June 2018, a kangaroo attracted attention after sneaking onto the football pitch at a women’s Premier League game. The game, which took place between Canberra Football Club and Belconnen United Blue Devils in the Australian Capital Territory, was suspended for almost 20 minutes because of the kangaroo. The animal was caught jumping over fences, running across the field and also lying down in the penalty area, stunning players, spectators and staff.

In July 2020, a video went viral in which two kangaroos were seen hopping around a field while dodging players at a community football match in New South Wales.

What do you think of the latest video?