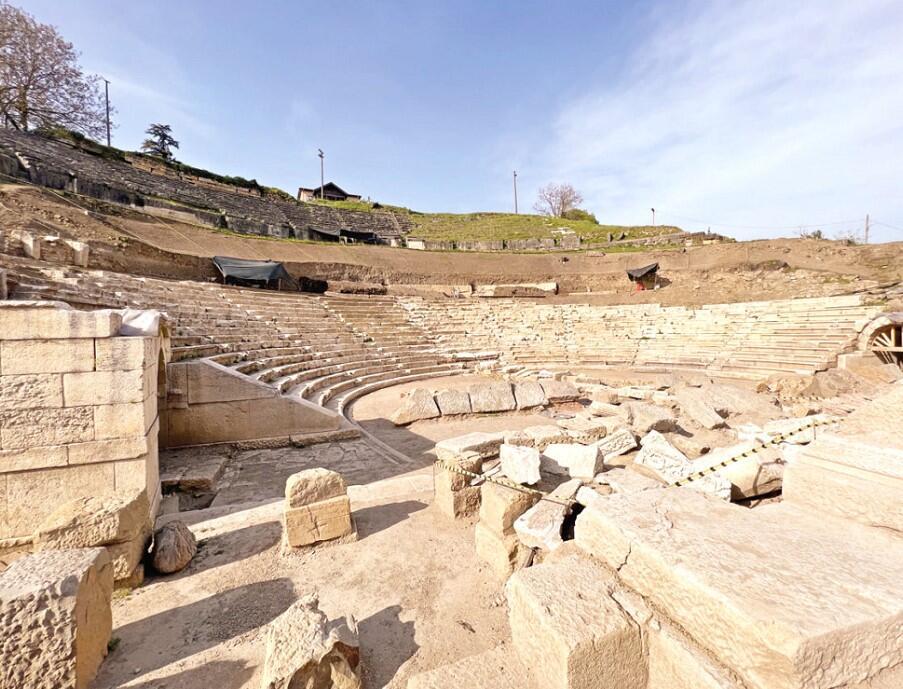 Archaeologists have unearthed unique architecture in the ancient city of Prusias ad Hypium, the history of which dates back to the 3rd century BC. dates back to

Excavations have been carried out in the ancient city of Prusias ad Hypium, located in the Konuralp District of Düzce and called the Ephesus of the Western Black Sea.

Prusias ad Hypium of Konuralp has been declared a Municipal Archaeological Site by the Kocaeli Cultural Heritage Preservation Board and is expected to become a popular destination for people after the excavations are completed. In the region there are monuments such as the ancient theater, city walls, aqueducts and the Roman bridge.

Archaeologist from the Cultural Directorate of Düzce Municipality, Güldemet Yıldız Dursun, said that the ancient theater in Konuralp Prusias ad Hypium is one of the rare historical structures.

“This place is a rival to the ancient city of Ephesus. If you go to Ephesus, you have to travel miles to have a cup of tea. But if you come to Konuralps Prusias ad Hypium as a visitor, you will sip your tea in the company of the urban texture. We are preparing the ancient city for tourism in the coming months. We started working in the ancient theater. The reason for this is that there are houses directly opposite the theater. If you open the window of your house you cannot see Ephesus, that is simply not possible. You can go to Ephesus for a concert or a theater performance, but then you have to travel back home. But if you live in a house opposite the theater in Konuralp, you have a view of the Prusias Theater,” she said.

Noting that Konuralp Prusias ad Hypium differs from the ancient cities of Laodicea, Hierapolis, and Ephesus, Dursun said: “Indeed, all these structures represent the Roman period. But we don’t want to expropriate this place and demolish people’s houses to reveal the theater and public structures of Roman architecture throughout the ancient city. We have declared this place a municipal archeological site, not an archeological site. We decided that together. This view may be criticized and may not be considered correct, but it is a work that takes a lot of time to demolish all the structures here and just dig. For example, we excavated the ancient theater and a very different structure emerged. There’s no point in digging unless you protect it to some degree.”

Dursun said that the city is home to Roman-era public buildings, adding, “There are many fine Roman-era public buildings here. There are temples. We’ll dig them up, but we won’t leave them alone. Our goal is to restore the structures after the excavation and to protect this area. We want to promote this region. The theater in the ancient city will be the only one in Turkey since it is located in the settlement area between the houses.”